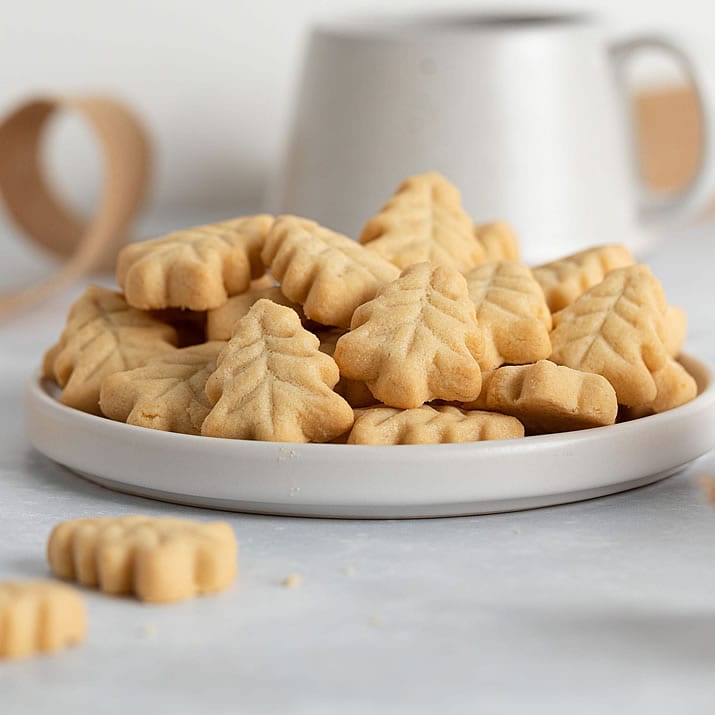 The Walker’s story begins in 1898 when the twenty-one-year-old Joseph Walker opened the doors of his own bakery with a loan of £50 and the ambition to bake ‘The World’s Finest Shortbread’.

In the first year of business, Joseph used every spare moment to perfect his shortbread recipe. It was time well spent. Soon, shooting parties from the local estates were making detours just to visit Joseph’s bakery.

As word spread and demand for his quality shortbread increased, Joseph took the first steps to expanding the business by moving to a larger shop in the Speyside village of Aberlour and investing in a horse and cart to deliver his baking further afield. 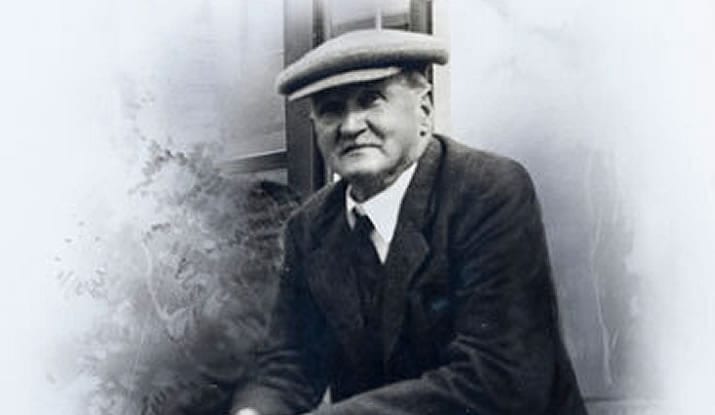 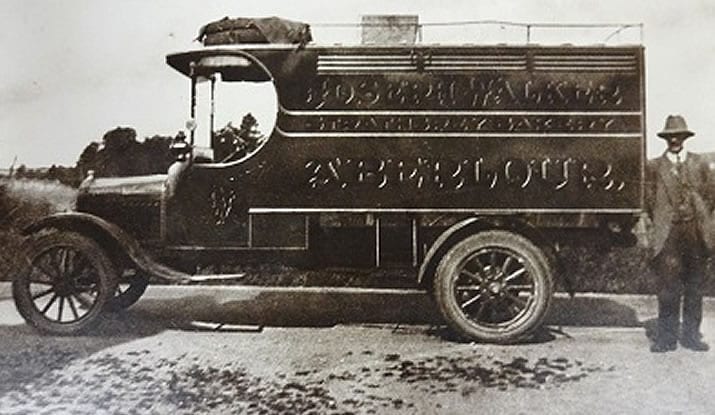 During the 30s, the business – like Joseph’s family – was expanding. Two of his sons – James and Joseph – joined the company, bringing fresh ideas with them.

By 1936 they had introduced three valuable additions to the Walker’s setup: a range of cakes, a selection of confectionery and…the company’s first delivery van. Now that Walker’s produce could be sold at ever-greater distances the prospects for expansion were looking promising. Then came the war.

Wartime rationing and their commitment to the Home Guard meant that Joseph’s sons couldn’t develop the business or their range of products as they would have liked. Despite these adversities, however, they kept the business going and their customers happy by supplying them with the same tasty breads and oatcakes to which they had become accustomed.

While some manufacturers began to cut corners by using margarine instead of butter, Joseph believed that people still appreciated the care that went into making a superior product like Walker’s Shortbread. And he was right. That’s why, even after Joseph Walker died in 1954, his sons knew better than to alter a winningly simple recipe consisting of just four ingredients: flour, pure creamery butter, sugar and salt.

As demand grew so did the business. By 1961, all three of James’ children – Joseph, Marjorie and James – had joined the company, making the third generation of Walker’s working for the family firm.

The workforce was now almost one hundred, and Walker’s had a fleet of 14 vans as well as shops in Grantown and Elgin. Local grocers began stocking Walker’s products, and the family had to invest in bakery machinery to help them meet demand. Naturally, they baked to the same high standards, simply on a larger scale. Soon their shortbread was on the shelves of fine food stores all over Britain.

By the 1970s, Joseph’s grandchildren had begun exporting Walker’s Shortbread to over 60 countries around the world – all of it still baked to his original recipe, of course. 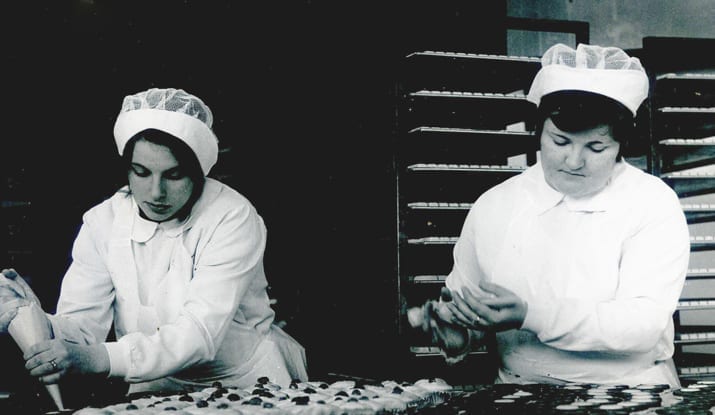 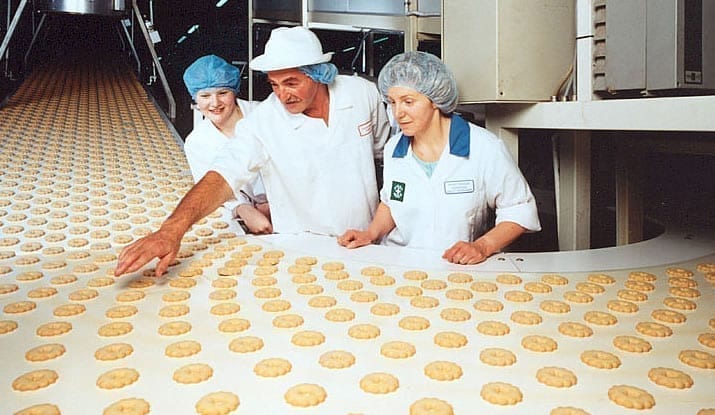 By 1975 Walker’s had outgrown their extended bakery and moved to a custom built factory. This gave them the extra space and facilities needed to develop new products such as our delicious Chocolate Chip Shortbread and speciality biscuits.

Many of the people who worked for Walker’s during this time are still with us today; most are local folk who often come from the same family – mothers working alongside daughters, fathers and sons. Community values have always been central to life in the Scottish Highlands and the same is true of our business. Now, as a hundred years ago, Walker’s test every new product in Aberlour’s Village Shop. Though today our customers are based all over the world, our products are still given their first seal of approval by the villagers of Aberlour. That way we can ensure that each cake and biscuit offers a real taste of Scotland.

Whether it’s enjoying one of our traditional varieties or new products like our luxurious almond, ginger and chocolate covered shortbread, Walker’s reputation has continued to grow as new customers the world over discover the quality of our baking.

This has been recognised by industry over the years too, with Walker’s picking up numerous international accolades including five gold Mondiale medals and the Food from Britain Innovation Award. 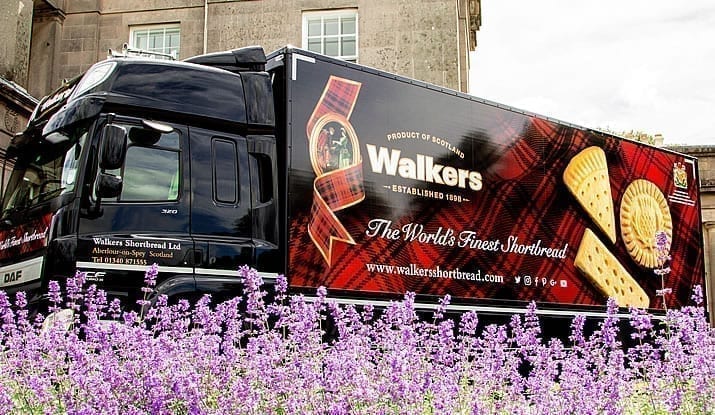 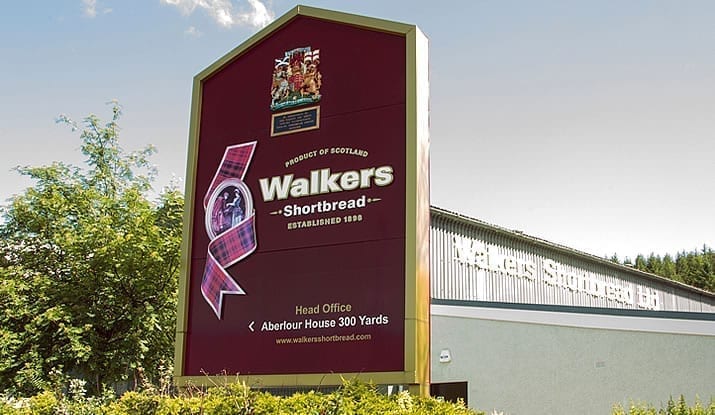 Much has changed since Joseph Walker baked his first batch of biscuits over a century ago. But, although we’ve updated many of our methods and are constantly adding exciting products to our range, some things remain a constant; Joseph’s grandchildren and great-grandchildren have always remained true to that original ideal – to bake ‘The World’s Finest Shortbread’.

In fact, when the family opened another factory at Elgin to produce their popular new range of shortbreads and biscuits, it was only on the condition that they would continue using the finest ingredients: plump fruits, aromatic spices, chunks of real chocolate and wholesome nuts.

Browse our 100's of stunning and unique products